Which phone would you like to exchange?
We are sorry. Amazon has encountered an error. Please try again.
Your old phone will be rejected, if it has any dents, scratches, cracks on screen or body. View reference images
Fixed Exchange value:     What's this?
Includes limited time discount of
Provide IMEI number of old phone to check if you are eligible for Guaranteed Exchange Price Provide IMEI number (IMEI 1 for dual sim phones) to avail exchange offer (Dial *#06# to get the IMEI number)
Verify

(Dial *#06# to get the IMEI number)
Your phone is eligible for maximum Guaranteed Exchange Price of
Please enter a valid IMEI number
Entered IMEI does not belong to selected brand & model.
This device is not eligible for an exchange discount as it was recently exchanged.
IMEI will be matched against your mobile at pick-up
Box and original charger will be picked up with the phone.
Exchange service fee Rs. will be charged
Cancel Apply Exchange
Choose phone to exchange
Fixed Exchange value:
Guaranteed Exchange Price applied
Exchange value:
By clicking Buy Now With Exchange you agree to the Terms & Conditions
How does Exchange work?

Have one to sell?
Sell on Amazon

Image not available for
Colour:

Save Extra with 5 offers

We will need you to submit proof of issue to verify your replacement request.

Keep the item in its original condition and packaging along with MRP tag and accessories for a successful pickup.
Read full replacement policy 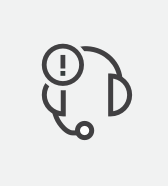 During On-call support, you may be prompted to download a diagnostic app or upload an image for verification. Depending on your location, further inspection may be done either at your doorstep or at nearest brand service center. Final resolution may take up to 7 days.
Know More
Read full returns policy
Amazon Delivered
Amazon directly manages delivery for this product. Order delivery tracking to your doorstep is available.

Samsung follows a simple business philosophy: to devote its talent and technology to creating superior products and services that contribute to a better global society. To achieve this, Samsung sets a high value on its people and technologies.

What is in the box?

Would you like to tell us about a lower price?

4.1 out of 5 stars
4.1 out of 5
68,177 global ratings
How are ratings calculated?
To calculate the overall star rating and percentage breakdown by star, we don’t use a simple average. Instead, our system considers things like how recent a review is and if the reviewer bought the item on Amazon. It also analyses reviews to verify trustworthiness.
View Image Gallery

Amazon Customer
4.0 out of 5 stars Good mobile
Reviewed in India on 1 September 2018
Sound quality and bettery life it's good..
Images in this review

Nishu
4.0 out of 5 stars All
Reviewed in India 🇮🇳 on 16 August 2022
Style name: Guru Music 2 B315Colour: BLUEVerified Purchase
good except sound quality , while making a call. It's disturbing like any other keypad mobile. When you are out some where
Read more
2 people found this helpful
Helpful
Report abuse

Bharti
4.0 out of 5 stars Ya mobile is good .But features are less
Reviewed in India 🇮🇳 on 17 August 2022
Style name: Guru Music 2 B310Colour: GoldVerified Purchase
Phone is very light and easy to use. Keypad is good. Battery works good. Sound is clear but ringtones are very sharp.
Read more
2 people found this helpful
Helpful
Report abuse
See all reviews

Top reviews from other countries

GPL.
3.0 out of 5 stars GOOD LITTLE PHONE, INSUFFICIENT PRODUCT INFORMATION!
Reviewed in the United Kingdom 🇬🇧 on 5 October 2014
Style name: NewColour: blackVerified Purchase
I needed a new phone without all the extras so that I could have an extended battery time and just for text use and occasional calls. This phone is just simple like the old-fashioned phones and is ideal for all I need though maybe a little over-priced. However, I don't think there was enough product information and I most certainly wasn't prepared for a phone preset in Spanish with all the instructions only in Spansh which wasn't particularly helpful!! By trial and error and a borrowed Spanish dictionary I've eventually found the English setting in Language mode and have been able to sort out how to use the phone and change the unhelpful (to me!) default predictive text mode! I'm still not able to decipher whether I am covered by a guarantee or warranty from the sellers or Samsung the manufacturers-can anybody read Spanish?

Couple of minor irritations in the phone's set-up:- when starting a new sentence there isn't an automatic change to Abc format (initial capital letter) and when replying to a recipient one has to choose "Send" as the default is "Add recipients" which is odd as you are sending a reply to an already named contact!

Having read previous reviews (and getting helpful replies to my enquiries!), I was glad that a UK charger was included (it came with a a EEC charger in box) and that I could use my Pay-As-You-Go O2 sim (as "sim-free" does sometimes preclude certain sim cards). This light little phone is just like our old phones when the idea of mobile phones was still fresh - when cameras and radios and computers were separate items altogether! And because there are no "extras", the battery with (I think!) 5 bars will last longer thus reducing the need for constant charging and the irritation of losing phone use when you need it the most as happens with these battery-hungry touch-screens etc.

If you are a bit of a nostalgic recidivist like me then this phone is ideal and call reception is excellent and clear too! But there should have been caveats on the site to warn us to get an O' level at least in Spanish!
Read more
17 people found this helpful
Report abuse

Dr`Sarah E Rees
5.0 out of 5 stars exactly what I wanted, and had excellent support from seller
Reviewed in the United Kingdom 🇬🇧 on 27 June 2021
Style name: NewColour: blackVerified Purchase
This phone is exactly what I was looking for. I do not actually want a smart phone. And I am thrillef with the service I received from the seller.
I've had a succession of similar Samsungs (my last one was an E1200Y) and wanted to replace that last one because it seemed no longer to be recharging properly, the keyboard was certainly worn, and the recharger itself had a torn cable).
I ordered an E1200i, and was a bit surprised when an E1205Y turned up. But I opened it, put in my Sim, and switched it on. When the display and menus were as I expected I decided I had not been sent what I had ordered and should return the phone through the Amazon site. When I tried to do that, the seller phoned me to say that the E1205Y and the E1200i were the same phone. But when I explained to him the unexpected features I had encountered he spent a lot of time investigating with me. It emerged that my phone was in fact misconfigured in some way. The seller organised a replacement straightaway, sent it to me first class, and now I am entirely happy. I have never written an amazon review before, but for such excellent service I definitely had to applaud this seller. If ever this phone wears out, I will return straight to this seller, and I definitely recommend him (and my Samsung GT-1205Y) to you.
Read more
Report abuse

S. Riches
5.0 out of 5 stars Simple, effective, lightweight, great for calls and texts, excellent battery life.
Reviewed in the United Kingdom 🇬🇧 on 21 July 2014
Style name: NewColour: blackVerified Purchase
Ordered 3 of these for travel purposes. Takes standard-sized SIM (and is not locked to any one network), sound quality is good, it's easy to use, it makes phone calls and takes and makes texts, very light, and has excellent battery life. The only downside is that it does not have the new universal mini-usb charging socket, so needs its own dedicated mains charger (supplied). If you normally charge from a USB socket the data lead is not supplied and it can be hard to find but I got one elsewhere on Amazon (specify E1200 Samsung mobile charger USB lead and double-check on the photo that it is the wider fitting) - unfortunately it was a little more expensive than I expected but given the airlines' new policy of testing that phones will switch on, I wanted to be able to keep my 3 phones topped up by USB lead from a portable battery unit that I carry.
I saw some criticisms that it is hard to get the back on and off for the battery and SIM, but I don't understand that:- just stick a thumbnail or fingernail into the tiny slot at the lower end and prise it off, then clip it back in when you're finished. Simple! Steve Riches, Northampton, UK.
Read more
3 people found this helpful
Report abuse

AP
5.0 out of 5 stars A great unlocked mobile for spare SIM's or international calls.
Reviewed in the United Kingdom 🇬🇧 on 2 February 2016
Style name: NewColour: blackVerified Purchase
My mother needed a phone that she could use for an international SIM. It is an unlocked phone so can be used with any SIM out of the box.

It has been used over 2 years and she has had no problems with it at all.

The phone is built excellently for what it is, you definitely can't beat a phone like this in which you simply want to make calls of it internationally/nationally.

The black color really looks nice on this phone and stands out with the vibrant coloured screen.

Each button is tactile and gives excellent feedback. The call quality is superb and you can hear the other person perfectly fine through the earpiece.
Read more
2 people found this helpful
Report abuse

Paul Clist
5.0 out of 5 stars good cheap phone
Reviewed in the United Kingdom 🇬🇧 on 7 February 2014
Style name: NewColour: blackVerified Purchase
Having been very frustrated with a very high tech, all singing, all dancing (apparently) high end touch screen contract phone, I decided to go back to the tried and tested, simple, call and text phone. I just want to make calls and text messages with a phone. I don't want to use it as a camera, I don't want to carry my entire music and video collection around with me. I don't want to watch funny cat clips on Youtube on the way to work, or be forced to carry my charger around with me all day. I just want a phone that has plenty of battery power left even in a few days time, and is easy to operate in strong sunshine, without having to guess where the dialing "buttons" are on a touch screen. It ticks all of my boxes, and represents good value for money. If you want a plain simple phone to make calls and send texts, then this is great value.
Read more
Report abuse
See all reviews

Your recently viewed items and featured recommendations
›
View or edit your browsing history
After viewing product detail pages, look here to find an easy way to navigate back to pages you are interested in.

Back to top
Get to Know Us
Connect with Us
Make Money with Us
Let Us Help You
EnglishChoose a language for shopping.
© 1996-2022, Amazon.com, Inc. or its affiliates